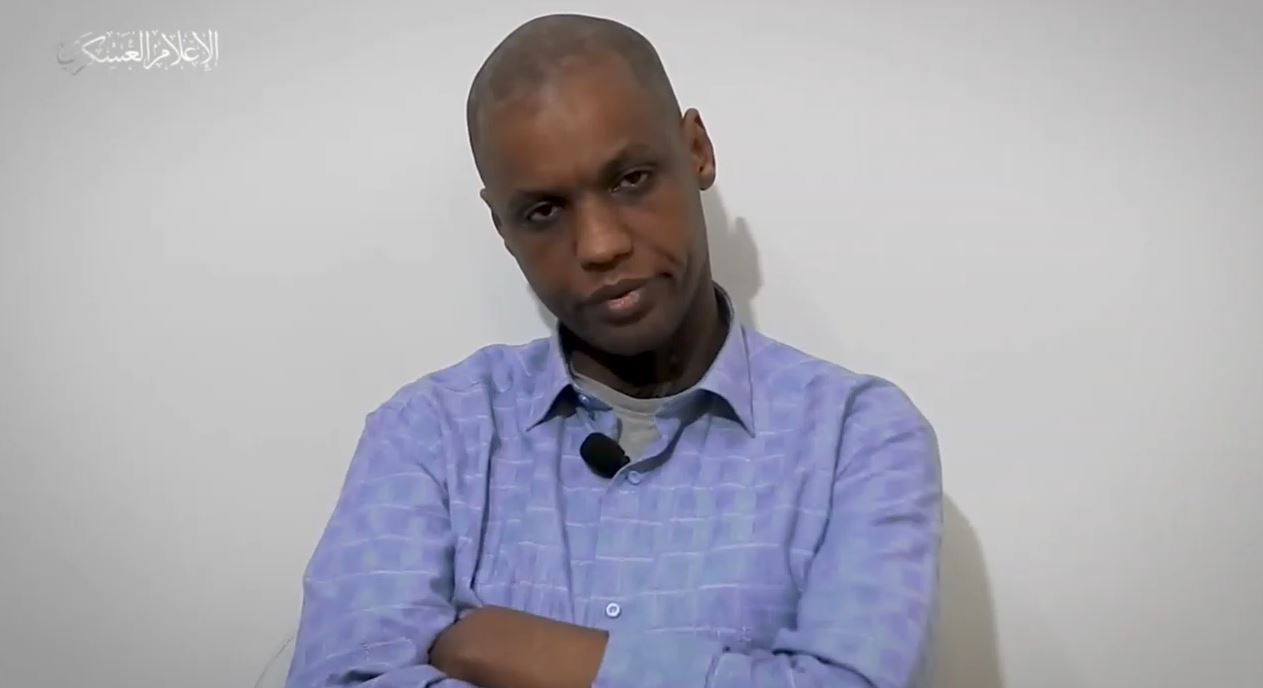 [Gaza] A video released by the Izz ad-Din al-Qassam Brigades, the military wing of Hamas, claiming to show Avera Mengistu, an Israeli citizen being held captive in the Gaza Strip since 2014, has sparked controversy over its timing and motivations.

The Prime Minister’s Office in Israel said hours after the video was made public early on Monday that the government is investing all of its resources to release the captives held in Gaza Strip, but it did not say that it had been able to verify the video’s authenticity.

The video was released on the same day as the swearing in of the new chief of staff of the Israel Defense Forces, Herzi Halevi. Hamas spokesperson Hazem Qassem told The Media Line that this was meant to tell Halevi “that, he must put this file on top of his priorities, given the failure of [former military chief Aviv] Kochavi to make any progress in this regard.”

Qassem accused Israel of thwarting all previous attempts to reach a prisoner exchange deal by being dishonest and not serious in its communications with Hamas.

The first message is to the Israeli community to say that Mengistu is alive and well, and that all allegations saying that he is mentally ill or injured are false ones, so they must move quickly in order to release him and the others

“The first message is to the Israeli community to say that Mengistu is alive and well, and that all allegations saying that he is mentally ill or injured are false ones, so they must move quickly in order to release him and the others,” Dajani told The Media Line.

Another message, according to Dajani, is related to the different ethnicities within the Israeli army.

“Hamas wanted to show Israelis that there is blatant racial discrimination, not only in the political administration, but even within the military institution itself,” he said.

Dajani told The Media Line that: “Mengistu is an Israeli soldier of Ethiopian origin, and the other soldier [Hisham al-Sayed], who is also being held by Hamas till this day… is of Arab origin, so their capture receives little attention. However, Gilad Shalit, an Israeli soldier of a European origin who was captured by Hamas in 2006, was released via a prisoner swap deal with Hamas” five years later.

Mengistu was exempted from mandatory military service after being found unfit; his family has said that he has struggled with mental illness. As an Arab citizen of Israel, al-Sayed has an automatic exemption from military service.

In June, Hamas published its first video of one of the Israeli captives, al-Sayed, who entered Gaza in April 2015 and has been held there since then by Hamas. The footage showed al-Sayed lying in bed and breathing through an oxygen mask. However, Hamas still refuses to disclose any information about the other two soldiers, Lt. Hadar Goldin and Staff Sgt. Oron Shaul, who were captured during the 2014 Israeli military offensive against Gaza, and whom Israel says are dead.

This ambiguity in uncovering the fate of the Israeli prisoners is a method that has been used by Hizbullah in the past, Gaza-based political analyst Mansour Abukrayyem, told The Media Line.

“Hizbullah did not disclose any information regarding the captured Israeli soldiers until Israel received them in coffins. Only at that moment Israel found out that it had been involved in a losing deal in which it exchanged the living for the dead. Therefore, Israel learned the lesson and is fully aware that this policy is not successful,” he said.

The current Netanyahu government is an extremist government that does not want any settlement with the Palestinians, neither in the West Bank nor in Gaza, and it certainly does not want any deal through which Hamas might obtain any political or moral victory, especially since Hamas’ demands are high

The current circumstances are completely unsuitable for reaching a prisoner exchange deal between Hamas and Israel that would be similar to the Shalit deal in 2011, according to Abukrayyem.

“The current Netanyahu government is an extremist government that does not want any settlement with the Palestinians, neither in the West Bank nor in Gaza, and it certainly does not want any deal through which Hamas might obtain any political or moral victory, especially since Hamas’ demands are high,” he said.

Israel does not want the Shalit deal scenario to be repeated, Abukrayyem claims, explaining that “Hamas gained great popularity and political victory at the time by this [Shalit] prisoner swap deal. Moreover, Israel is sure that the other two soldiers are dead thus the power cards of Hamas are completely different compared to those of the Shalit deal who was a soldier and alive.”

The recent video of Mengistu will have little influence on the progress of the prisoner swap deal “because Israel knows already that he [Mengistu] is not dead. By this video, Hamas aimed to incite Israeli public opinion and move on with the prisoners’ cause to pressure towards reaching a satisfactory exchange deal,” Abukrayyem concluded.